So today, I want to talk about bravery. As writers, as people, as humans we sometimes shy away from doing something we want to because of fear. We fear how we think we may do, we fear what others may think of us, we fear failure.

This week, I witnessed bravery in the face of something that would have terrified me. And I witnessed this from a teenager.

Now, I have said before, that I believe teenage girls to be the cruelest animal on the planet, and I stick by that. But, setting that aside, I witnessed my daughter look that fear in the eye and… shrug.

This week my daughter tried out for the High School Volleyball Team. Why did this simple act put me in awe of her? Because she has never played volleyball in her life. Aside from the few times in gym class, which of course does not go over the rules or positions. So she really had no experience in this sport.

Given that, she had really enjoyed playing in her gym class, and was set on trying out. My stomach was in knots for her, but of course I supported and encouraged her. She wanted to do this thing, where the odds were greatly stacked against her. Trying out with a bunch of girls who had far more experience, far more skill, and she still went for it.

Now tryouts are over, and this isn’t a story, this isn’t fiction, and my heart broke for her when she told me she was cut and didn’t make it. However, she still said, after telling me she didn’t make it, she wants to practice, and she wants to go to the summer volleyball camp over the next summer so that when she tries out again next year, she will make it.

She faced the fear, the insurmountable odds stacked against her, and faced it with bravery. And though she didn’t accomplish her goal at this time, she isn’t lettting it stop her. In fact, she is more determined than she was before tryouts. To improve, to make it next year.

Sometimes in life, we allow these things, these fears of failure and doubt, to tell us we’re not good enough and we don’t try. We aren’t brave. I was reminded this week why we shouldn’t let that stop us. And I was reminded by my teenage daughter.

And though she didn’t make it, and though my heart still hurts for her, I couldn’t be more proud of her. For the way she handled herself, for the way she faced something that most adults would have shied away from, for the way she didn’t let this one obstacle stop her in her tracks. That she became more determined. And proud, that she taught me something.

So, to my daughter, one of the bravest people I know. 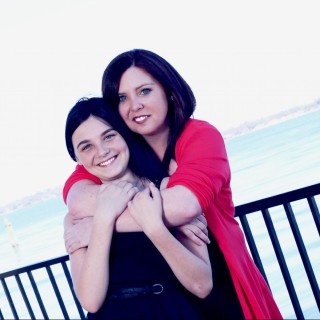